BONFILS Pint for a Pint CAMPAIGN

Bonfils Blood Center partnered with Craftworks Holdings to develop an incentive program to reward blood donors with a special gift during the slowest month of the year. This campaign was integrated with the overall winter advertising campaign but specifically focused on January. The Give a Pint, Get a Pint” campaign was very successful due to the advertising within the restaurant locations throughout Colorado.

I was responsible for creating a consistent feel for the various advertising channels including print, targeted digital advertising, social media and email campaigns. I also created printed collateral for the restaurant locations to promote the campaign. This helped increase blood donations through the month of January and allowed the blood center to exceed draw goal for the first time in 3 years.

*This campaign was prior to Bonfils rebranding. 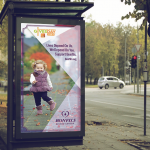 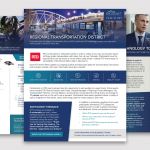